We are currently a family of 4 but we consider ourselves a family of 9. We were both born in 1981 although we are almost a year a part. 😉 Christian grew up in Riverbank, California as an only child, attending a small Christian school, swimming, snowskiing, playing video games and getting really good grades. He brings the logic and stability into the family. Marie grew up in Colfax, California, second of six kids, was typically barefoot, outdoors, climbing trees and raising animals and received a homeschooling/unschooling blend of education. She brings the vision and creativity in the family. We both discovered a relationship with Jesus at a young age but truly came to know Jesus as our Savior as young adults with our own crisis of faith.
In 2007, we found ourselves both living in Southern California, both working, both at the end of a long “winter” season ready for “spring.” We ended up at the same church on the same Friday night and formed one of those instant and easy friendships. By the end of the evening (we had gone out to eat with a group of friends) both of us realized that we wanted to be long term friends. Maybe not your best example of a relationship, but it worked for us. We spent the next month texting, emailing and talking on the phone pretty much around the clock. By the second month of our friendship we were easily dating without really acknowledging anything. By the third month of our relationship we were getting engaged and planning our wedding. On September first, we walked down the aisle surrounded by a few hundred friends and family on a record hot Southern California day! Ten years and counting and it is the best choice we’ve made yet. 😊 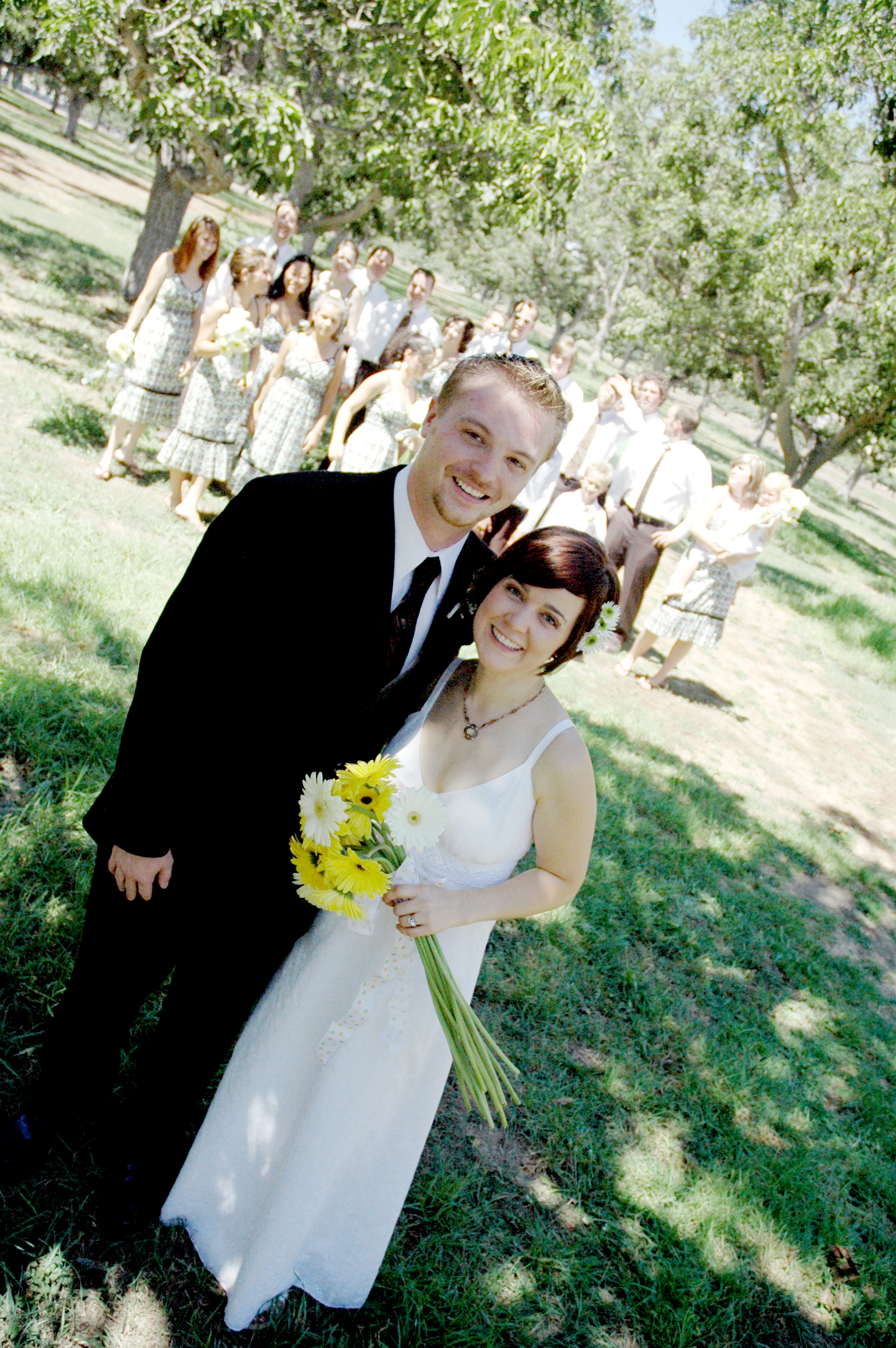 Our first year of marriage, we lived in Newbury Park, California where Christian continued to work as a computer engineer while Marie traded public school math teacher for senior pastor’s assistant while throwing up a lot. Not too surprisingly all that nausea ended in the traumatic birth of Addy Grace, our spirited and loud first born. ❤ Addy was the happiest, most cheerful baby ever that spent the first year of her life going to work with mama at church. When she was five weeks, she boarded her first airplane to visit the frozen tundra known as Indiana and then just a couple months later traveled with us to the even more frozen tundra of Briceni, Moldova, Eastern Europe. She’s been traveling without a gripe ever since. 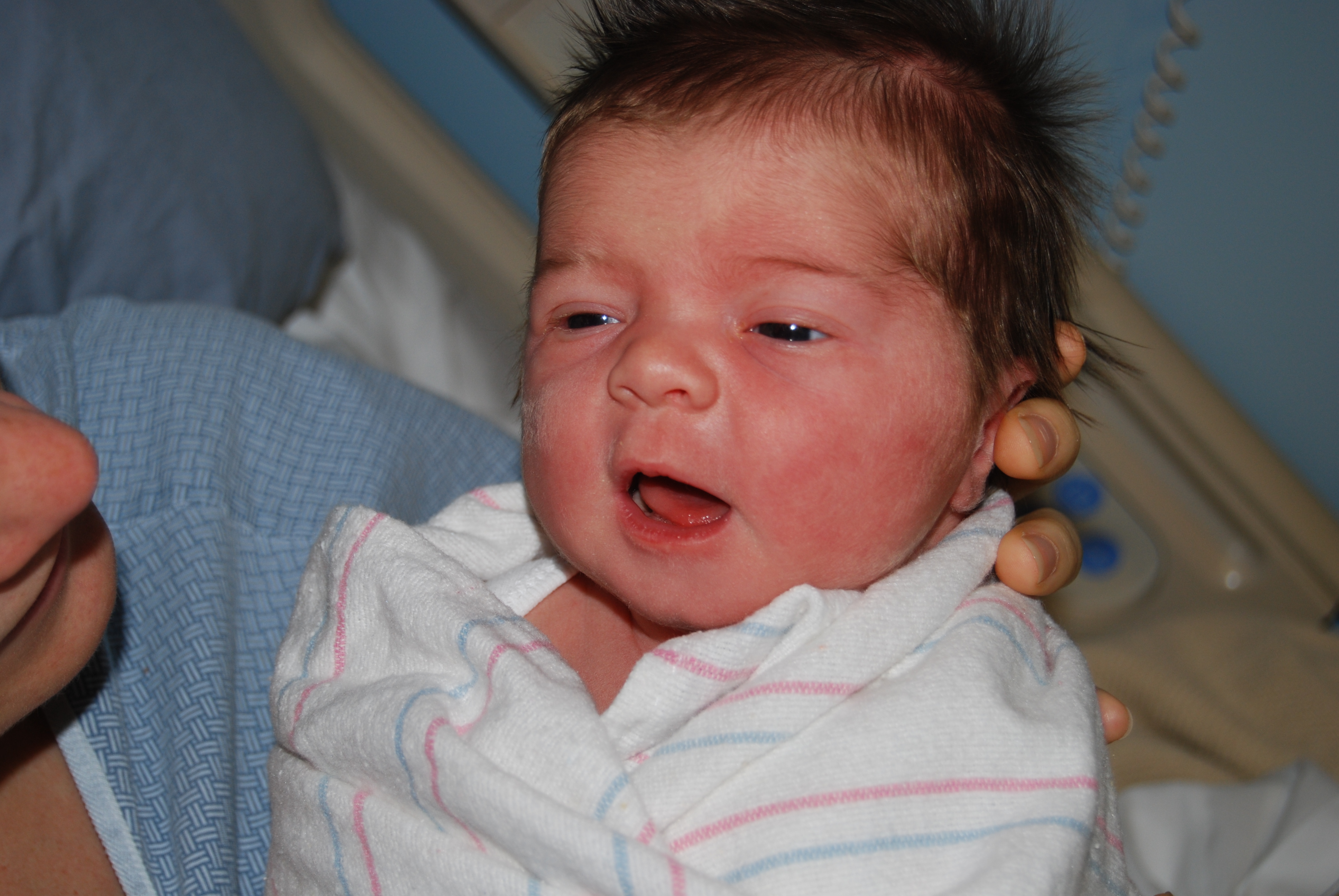 During Summer 2009, the Lord began moving on our hearts that it was time for us to leave the safety and security of our “normal” life behind and live life differently. Christian joined Marie and the others to be part of a small church plant in Thousand Oaks, California. We also began our certification as fost-adopt parents and in November 2009, Addy turned 1 and we welcomed our girls, aged 2, 4 and 7. Life was an adventure as we rotated woking at the church with parenting our amazing munchkins that were truly little fighters and survivors. When they moved in with us, we were told that they would be up for adoption in 6 months or so, most likely. And yet somehow in May 2010 we found ourselves telling them goodbye with broken and sad hearts. We promptly got a puppy which we can now tell you without a doubt is not how you deal with grief. 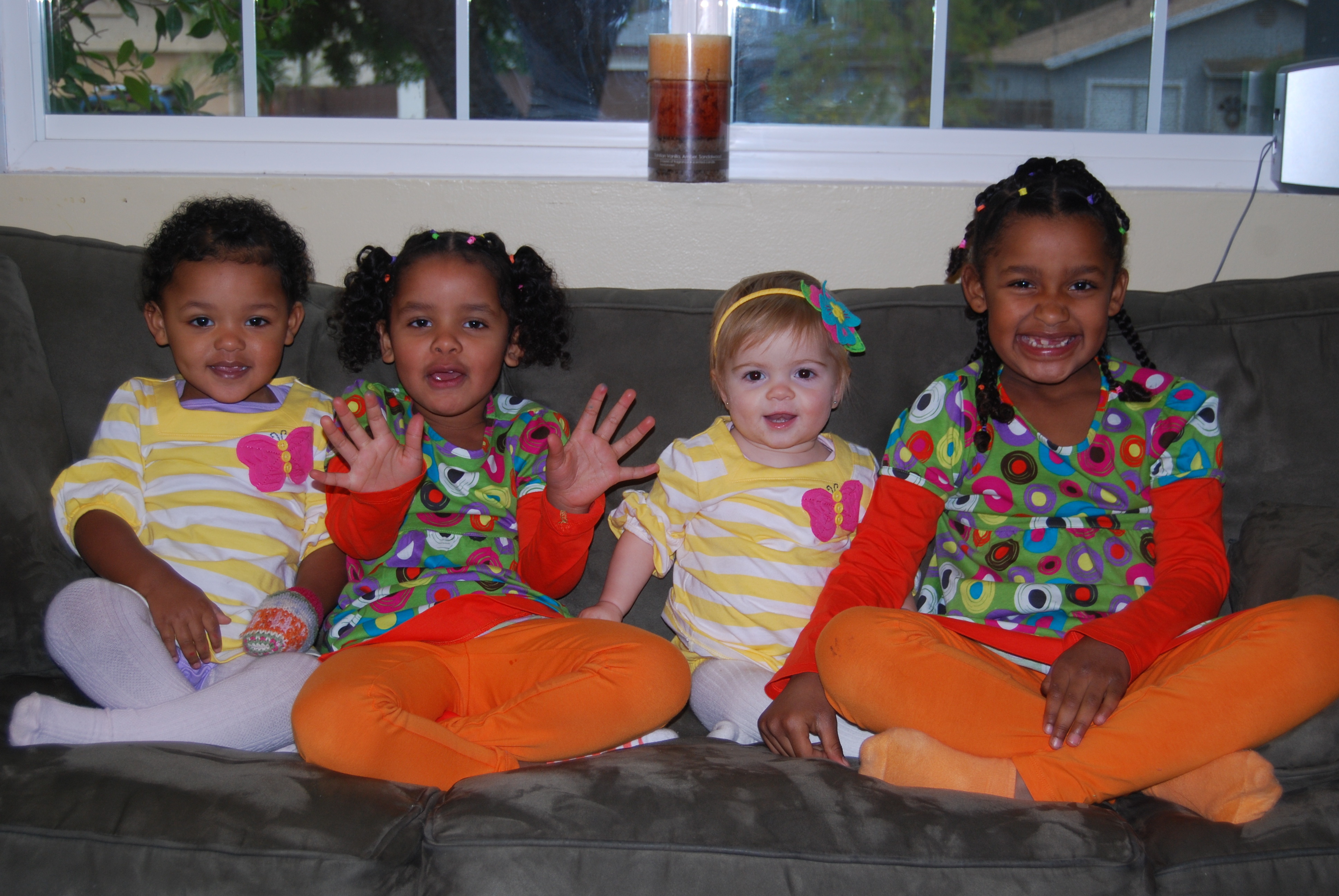 Summer 2010 was a soul-searching summer. We both knew something was changing but we didn’t know what. We welcomed a sweet little two year old boy into our home and saw the devastating effects of methamphetamines first hand. Marie also started clutching her faithful bowl and we quickly discovered that Mercy would be joining our family. It was that fall that we began to feel called to Eastern Europe. Our little guy was moved into a permanent foster home (he had been a temporary placement) while we began to make preparations to move to Chisinau, Moldova. June 2011 brought the amazing birth of Mercy Adoniyah. She was born in our living room two weeks late and without a sound. She was calm and quiet but never once interested in eating or sleeping. Not much has changed. 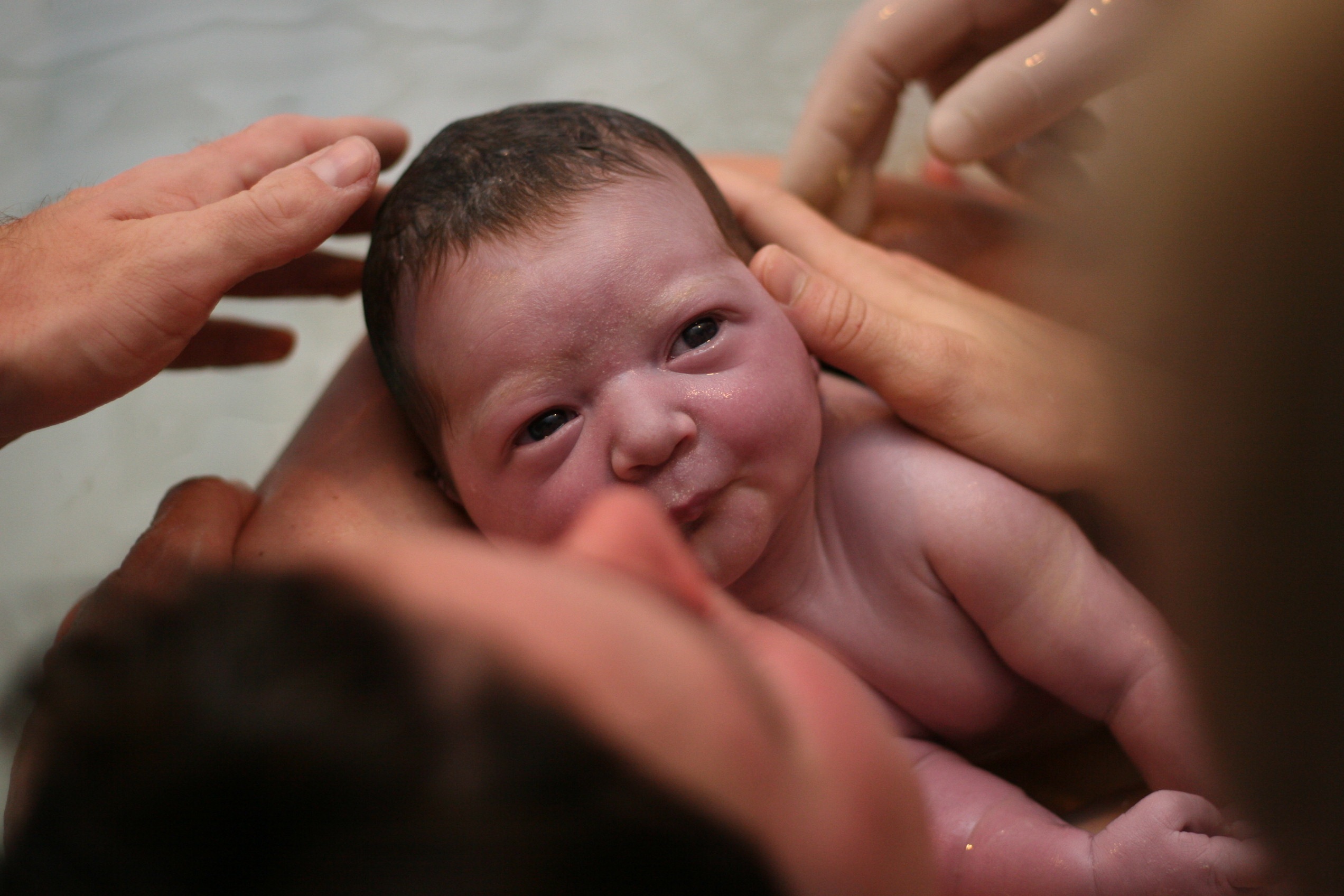 By the time she was two months old, she was homeless 😛 and on her way to Montana for a month long cross-cultural training. She was our pack n’ play baby because by the time she was 7 months old she had lived in four different places. We spent the holidays of 2011 with our families in Northern California before packing up our remaining belongings, the 3 year old, the 6 month old and the auntie for the overseas move from California, USA to Chisinau, Moldova where we we helped another small church plant get going. This time we can say without exaggerating that we moved to a frozen tundra since Winter 2012 earned itself a Wikipedia page and we discovered that -22 degree F exists. 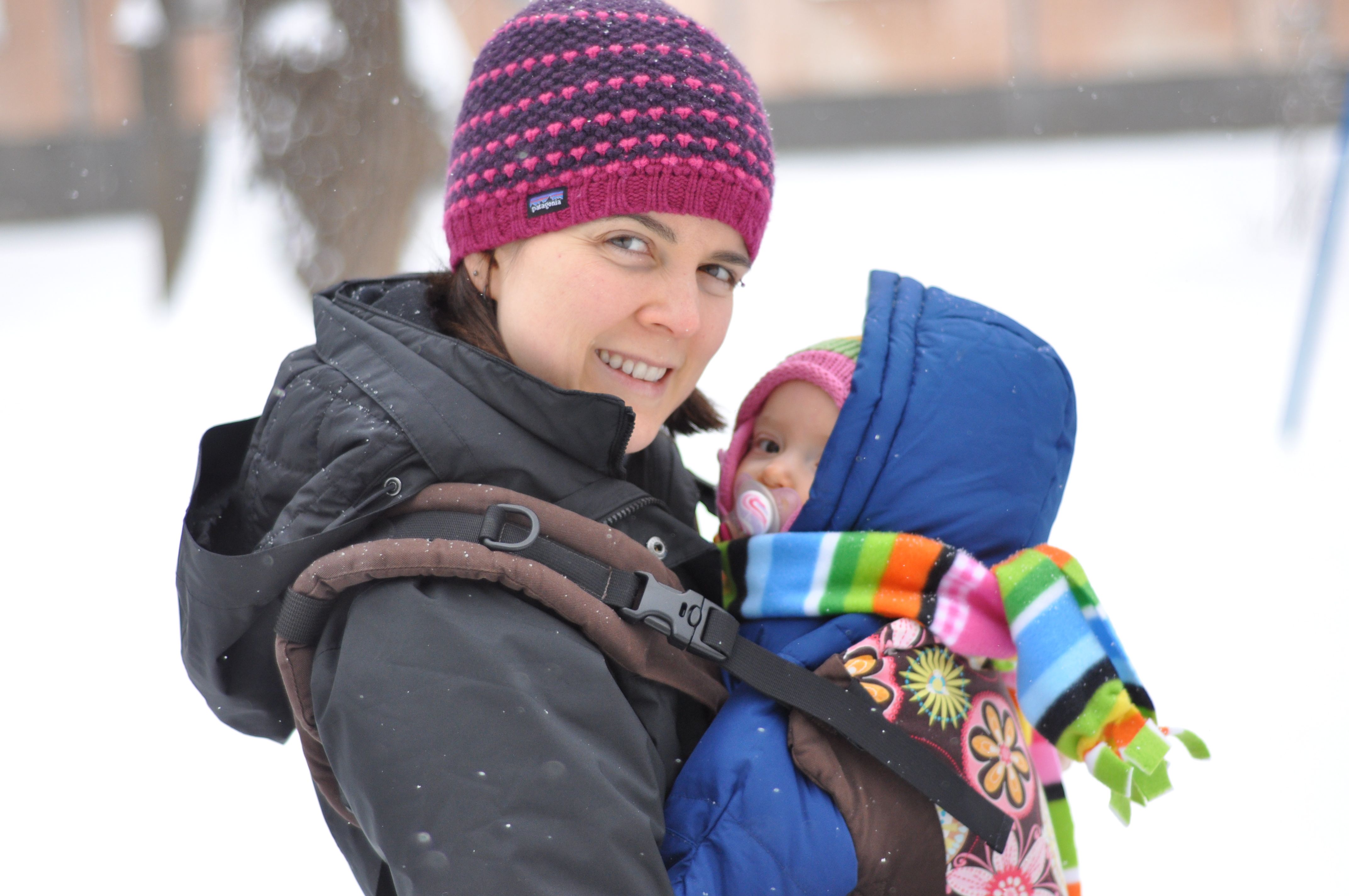 The next two years were spent learning a new culture, new experiences, new ways of thinking. Sometimes we found ourselves shaking our heads in disbelief, sometimes we found ourselves pausing and realizing “hey that actually makes sense.” Mercy took her first steps between the bus stop and the only mall in the city. Addy read her first books and they were in Romanian. Both girls played with friends that spoke English, Romanian and Russian. Marie learned to buy whole chickens at the outdoor market, navigate tiny alleyways to find the only kiosk that sold peanuts (and then learned to make homemade peanut butter) and argue the price of fruits and vegetables. Christian became a master of the confusing routes of the tramvai and autobuz and troleibuz and learned to fix anything by hand with the incorrect tools. Those first two years were crazy and amazing all together and brought us even closer as a family. 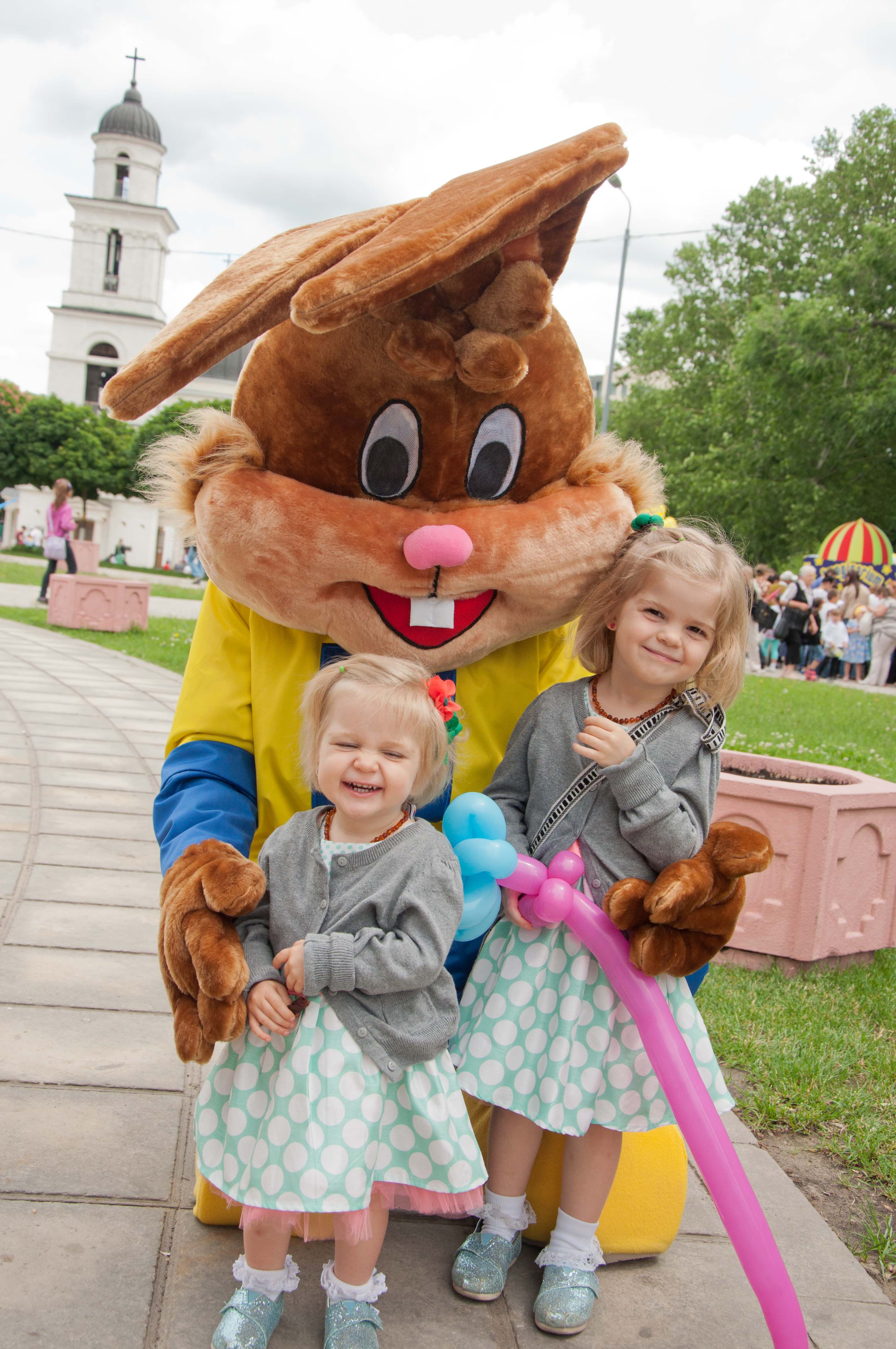 In January 2014 we decided to try our hand at moving during the winter yet again, this time to Bucharest, Romania…a fairly close and “easy” move. Moving to Bucharest was a pretty simple transition, easier in a way that moving to Moldova. Where Moldova blends Russian with Romanian culture, Romania (an EU country) blends Romanian with Western European culture and Western European culture is closer to North American culture than Russian culture is. We went from one mall and two grocery stores to malls in every sector, from a city of 675,500 people to a city of 1.9 million. Both of the girls, 2 and a half and 5 by this time, settled easily into Romanian kindergarten. While we still labored daily over language, they spoke easily and naturally. 😃 We spent the first three years working with an organization that provides enrichment for orphaned and abandoned kids. 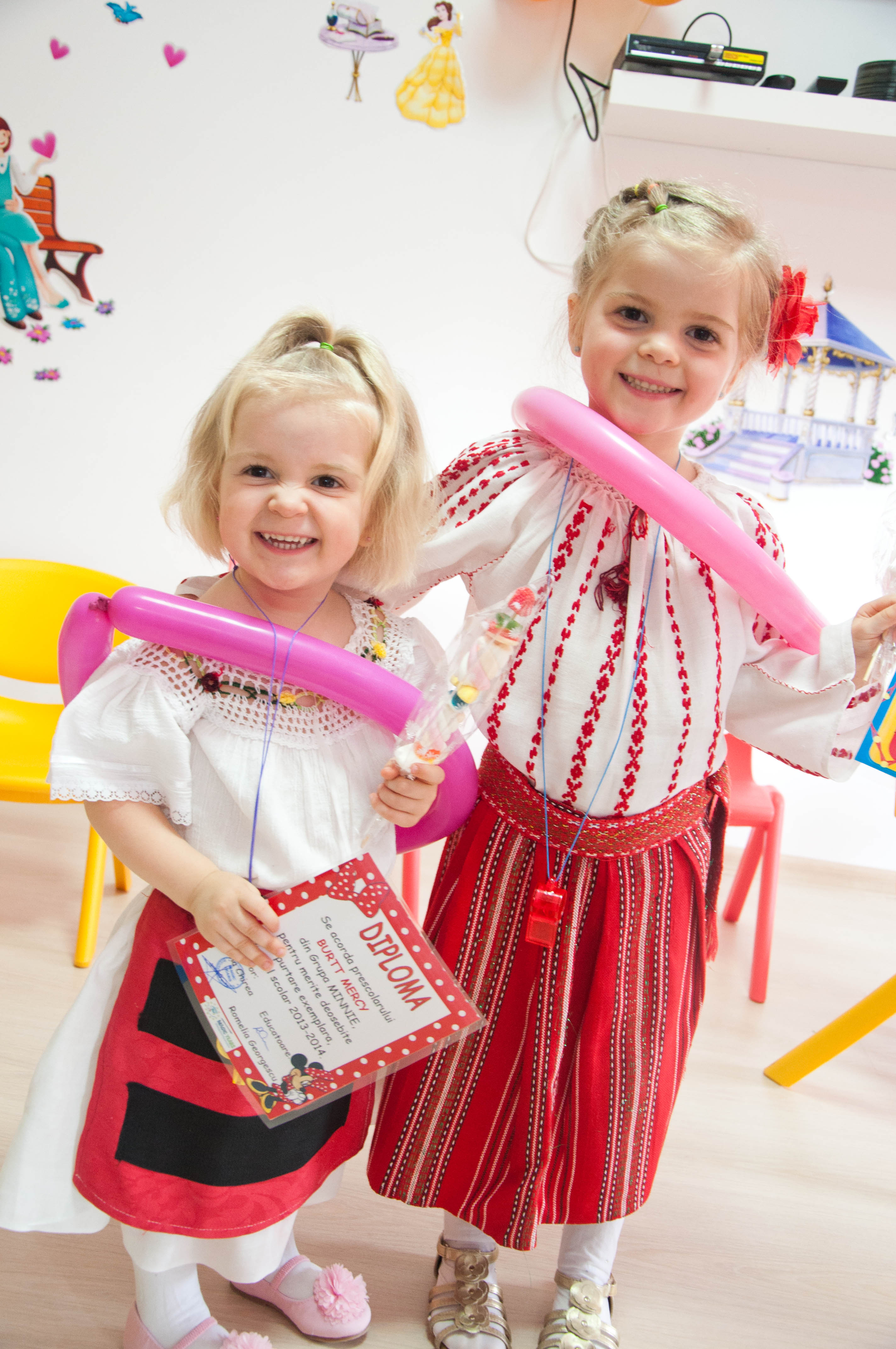 During the past 4 years of living here, we have walked through two very painful events as a family. In March 2015, our niece Eisley Hope entered the world early, and after 12 intense days of fighting, went to be with Jesus while we joined a group of families that no one ever covets, those that have been affected by infant loss. Losing Eisley was a deep wound that will never quite go away even though now days we talk about her with smiles on our face and try to imagine her as a sweet little toddler right about now. Less than a year later we made a decision that would change our lives forever and yet one that we will never regret. Someday we will compile all our blog posts about our Noelan Truth, but for this page, here is the short version. Our family chose to temporarily move back to California when we were asked to adopt our sweet boy that was being surrendered by our “friends” because they had tried adopting him and didn’t “want him” anymore. After parenting our sweet boy for over 3 months, they changed their minds and wanted him back to “try again.” Adoption loss is such a strange pain — he is alive somewhere, out there. And yet we have no contact, don’t know how he is doing, and he isn’t with us. 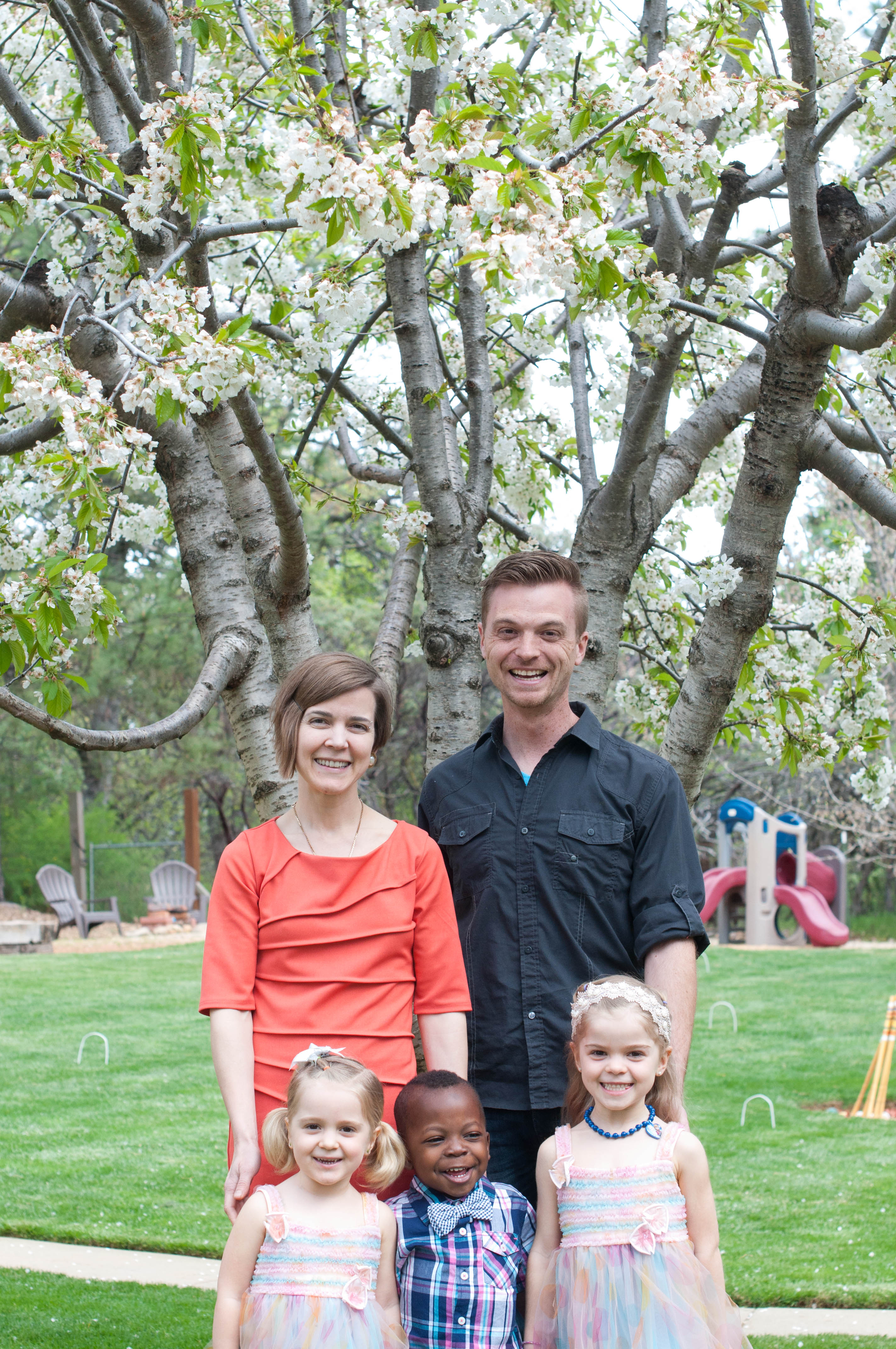 We spent the year after losing Noelan back here in Romania, doing life mostly on auto-pilot. We were blessed to be surrounded by amazing family, friends, therapists and of course our relationship with Jesus and slowly but surely our hearts began to heal. We watched our girls hit rock bottom in pain and confusion and then slowly come alive again. Two years later, we look lovingly at our family picture hanging in our living room and reminisce about his beautiful smile and silly sense of humor. we started working with a new organization called ARFO here in Romania that is passionate about not just working with orphans but getting those kids into loving families here in Romania. During the past 6 months, our kids have started asking us again, “when are we going to adopt more brothers and sisters?” Their hearts are tender for unloved children and they want to share their home and their hearts. We’ve been looking for the right opportunity because we realized that fostering to adopt is too uncertain for our kids right now at this age after the trauma they went through. Plus we are not legal residents here in Romania so we can’t adopt. It was an answer to prayer to find Lifeline Children’s Services and discover that they work with expat families. They are the ones that recommend Colombia as being the best country for us as expats and the more we learn about the Colombia the more excited we are becoming. So join us, hang around and enjoy this crazy wandering journey we are on! 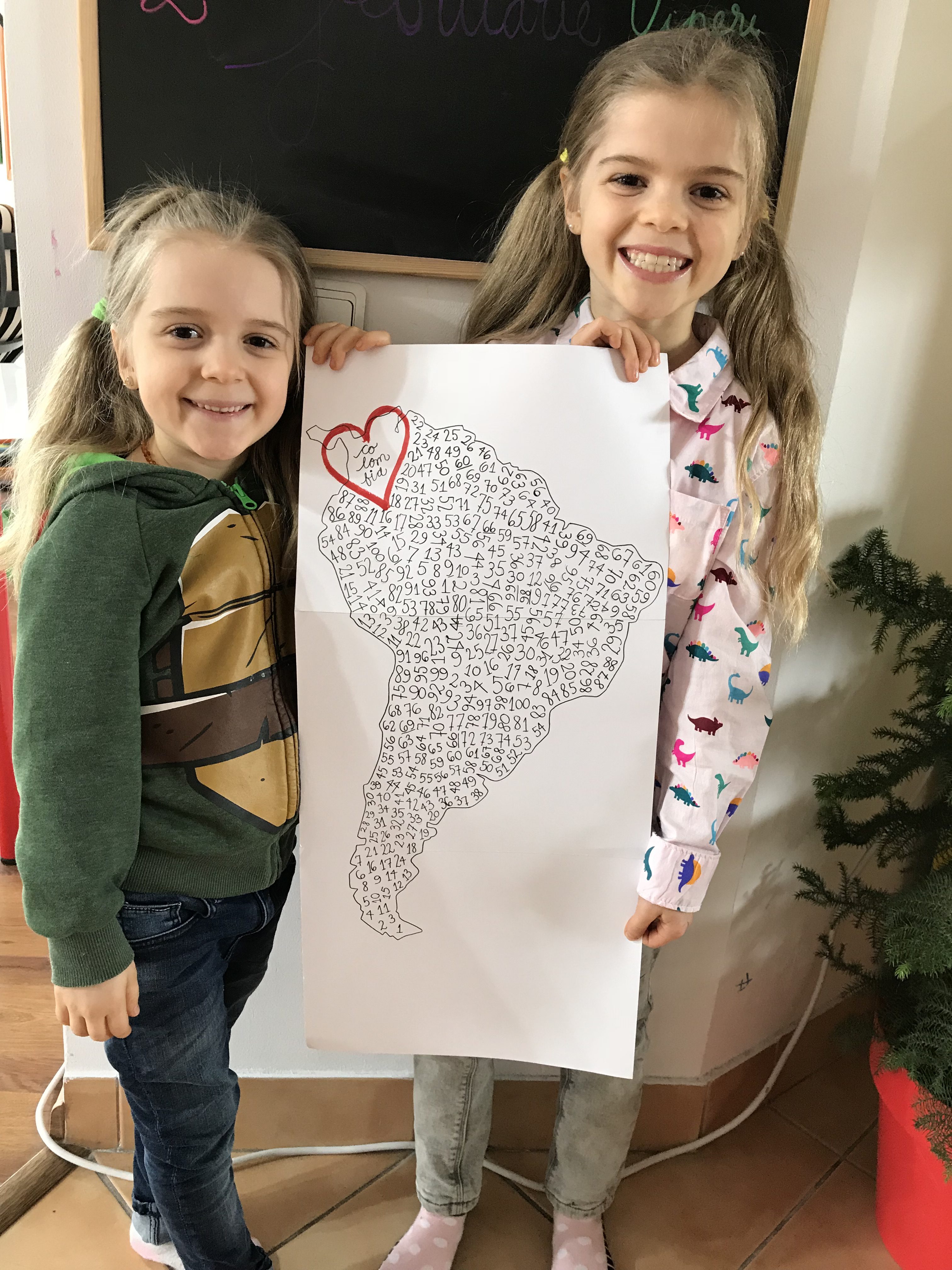