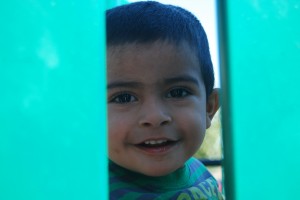 little man is not easy…i gotta confess, he’s been way harder than i ever imagined. there was no “honeymoon” phase like the girls. he’s a little man of sadness, anger and confusion. he’s doesn’t sleep very much and he hates to be confined to a bed. all he wants is television and soda. he spends over 50% of his waking hours crying, wailing, throwing a tantrum or screaming.

but he doesn’t know any better. and as hard as it is…he needs us to teach him and to be patient with him. sometimes at night, i fall into bed, praying that he will stay asleep for just a few hours. i am so thankful that there are three of us adults living in this house! it’s a three to two ratio and it’s still exhausting!

sometimes he cries for a solid hour or two without taking a break. those are the days when i have worship music playing quietly in the background. this is a new song (for me) that i have been listening to on repeat (the quality isn’t great and it’s a tiny bit cheesy but i like that it has the lyrics!):

thanks for praying for us! i put a few more pictures of him on my facebook and will hopefully post more later on.