i can’t believe it has been four months since mercy’s birth. it seems like it was just yesterday i was holding my newborn baby. now i have this smiling, laughing, giggling bundle of happiness.

mercy is calm and content. she smiles easily but she also startles easily. she is willing to lay on her play pad and entertain herself as long as i am in her eye sight. she has been rolling from tummy to back since she was eleven days old and she started rolling from back to tummy about two weeks ago, but just in the last few days she has discovered that combining those two actually get her somewhere!

she now sleeps unswaddled and tends to roll herself onto her tummy to fall asleep. she has always been a good sleeper but she is sleeping more and more every day. some nights we get eleven hours out of her! she also gone bald and her new hair seems to be blonde like addy. as far as we can tell, it looks like her eyes are going to be brown.

she’s a bit of a peanut. i’m thankful she’s baby #2 or i would probably be a little too worried. i really have to work on making her eat enough. she tends to nurse for a little while and then get distracted and give up. she never wakes up to eat. we finally realized that we have to force her to eat and even “top her off” after each feeding. she actually lost a few ounces between 2.5 months and 4 months but we are back to gaining weight and she is even getting a few thigh rolls back. 🙂 she is ALMOST twelve pounds which still only has her in the 5th percentile but it’s better than her percentiles a few weeks ago! she’s pretty average in length at 25.5″ (70th percentile).

we are blessed to have such a fun and easy baby. she is the joy of the entire household and the pride of her big sister, addy. addy is still completely in love with her sissy and actually such a big help to me! if mercy is getting fussy, i can ask addy to play with her and addy will get a toy and entertain her. joy. 🙂 i love having these two princesses!

here are a few pictures i tried getting right before nap…not only was she tired, but she was checking out the camera (hence the serious look) and rolling every which way. oh the fun of an active baby! 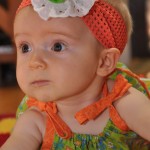 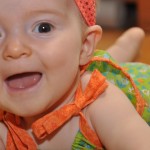 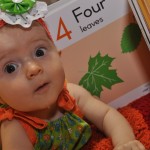 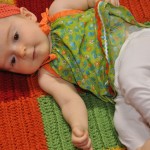 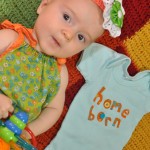 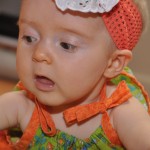 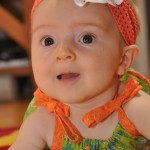 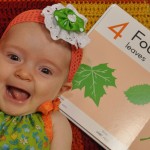 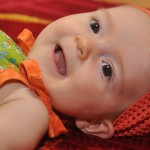 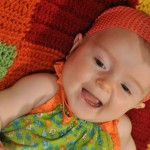 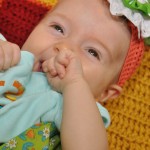 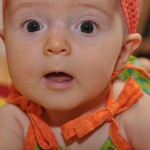 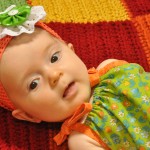 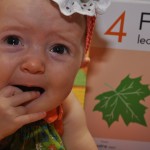 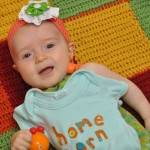 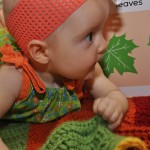 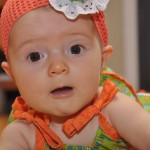 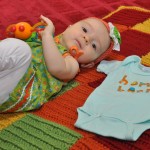 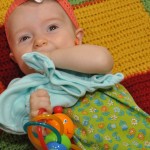 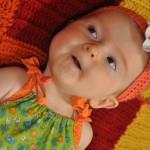 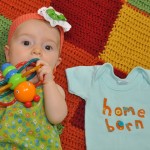 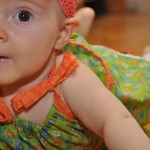 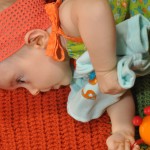 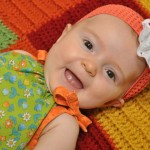