two posts in one day? i know…shocking!

it’s been one of those days. nothing horrible. nothing disastrous. just a little off. mercy started her morning at 5:45am. i had literally walked into the kitchen and switched the coffee pot on and she started crying. i went in there and she was wide awake. and she smelled. nothing like starting the day with a poopy diaper before a cup of coffee. isn’t that against the parental handbook somewhere?

addy followed at 6:15am. she came bolting out of bed and with bright, excited eyes she exclaimed, “is my dada home? i heard him!” i should interject that christian left on thursday and is gone until sunday. nothing like crushing your three year old’s excitement before the sun is even up.

then the power decided to go out. the praise is that it was during my language lesson so i was able to deal with it and eventually get it back on thanks to some translation, phone calls and more. (side note, it’s just our power that keeps going out, not the apartment.)

it also means my baby girl is nine months old. she’s still little but she is on the go. she never stops moving. she moves around the house on her knees and on her feet. she wants to walk sooooo badly but i am trying to keep her crawling a little bit longer. she laughs and giggles and squeals. she is starting to tease and play with addy. she really is such a joy. she has brought me such happiness during this transition in my life. i am so thankful the Lord knew i needed a toddler AND a baby before moving here. seriously…i love this face so stinking much! 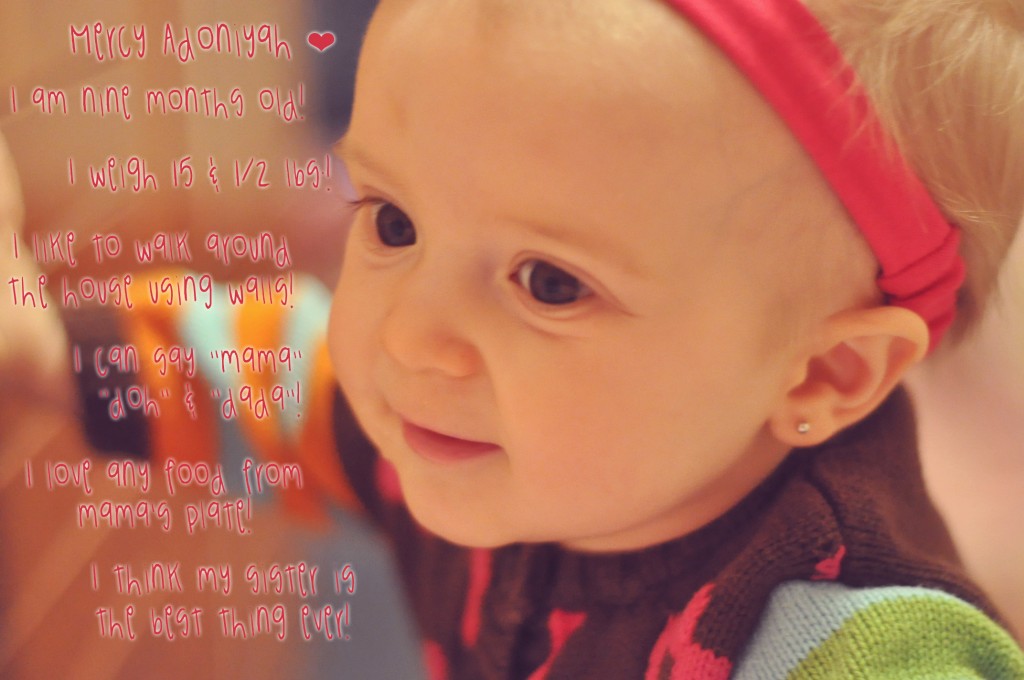