what {they} wore yesterday

i could never do any sort of “what you wore” blogging – – it just isn’t that exciting. however, i think i could for my kids. addy and mercy are blessed with gifts, hand-me-downs and everything else possible when it comes to clothing!

in these pictures, addy is wearing a pair of 2t oneil jeans that she got for her 2nd birthday but were pretty stinking big until recently. she is also wearing her 3rd birthday yo gabba gabba shoes from her auntie, a sweatshirt we bought from some grocery store in canada last year (it has a maple leaf on the sign? yeah descriptive, i know!), a scarf made by another auntie and a beanie i picked up on clearnace ($2!) at claires in the mall (weird, i know).

mercy is wearing overpriced gap skinny jeans that we bought during a wardrobe malfunction of addy’s in santa barbara (circa 2010), a pair of what might be considered the “striderite” shoe of moldova (but it isn’t true), a sweatshirt from the second hand here in chisinau, a scarf from another second hand here and a beanie made by the foofa-buying auntie.

jasmine is making an occasional appearance thanks to grandma ducky and christmas last year. we were trying to distract mercy to stand still.

i obviously have too much fun getting my kids dressed every day. i can’t help it – – when you have princesses, they need their wardrobes carefully selected, ha! 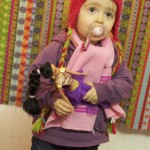 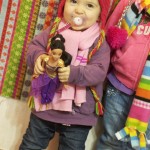 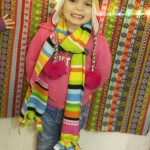 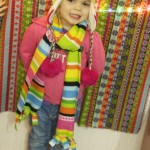 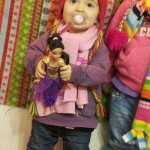 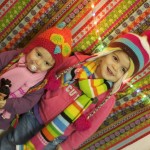 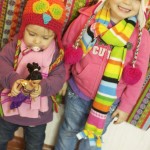 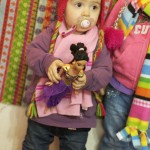 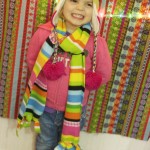 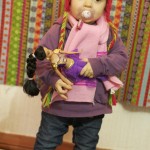