goodbye to our little man

he came in a blur on wednesday, september twenty-second around dinnertime. he had a total of four names written on all his paperwork – – so we nicknamed him luca. he was wearing clothing for a twelve month old baby. he was so filthy, that during that first bath i wondered if maybe his skin was permanently stained with dirt. he was shell shocked and glazed and his only smile was when addy would smile at him. his first night, he woke up at least five times, screaming and crying to leave. he had no idea how to sleep in a bed or take a bath or not watch television twenty-four hours a day. it seemed like he had never brushed his teeth or used a spoon to eat. he had two words, “coke” and “chicken” (aka chicken nuggets).

then the tantrums started and an angry, nasty little boy started coming out of his shell – – or so we thought. it didn’t take much time to instead find a scared, sad, confused little boy, acting out in anger and pain. he spent more time throwing tantrums then doing anything else. we had no idea what to do with him or how to communicate with him. sometimes it felt like for every step forward we’d take three steps backwards. so we just loved him. he had no idea how to respond to steady and consistent love and care – – something that comes from not receiving consistent care during those first two years of his life. he was one of the most broken little boys we had met in a long time.

yet being a foster parent means parenting and loving a child for a length of time you can only guess. it means dying to self daily and asking the Lord to give you the strength you need to get through the day. and at the end of the day, it means not knowing when the time has come for a child to leave your home. for us, it meant having our little guy leave two months and two days after he came to live with us.

thank you for all your support during this challenging time in our lives. we were blessed to have so many supportive family and friends willing to drop everything and lend us a helping hand. thank you in advance for the continued prayer support. 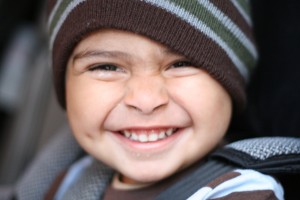